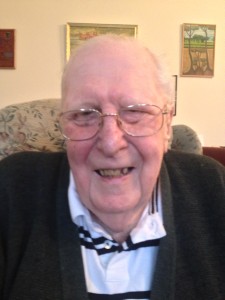 The podcast from this event is now available on our past events page – see http://masoninstitute.org/events/.  Professor Mason was unable to make the event but sent us through an address:

“The Mason Institute is the brain-child of Graeme Laurie with whom I have worked hand-in-glove for around a quarter of a century.  This is I, fancy, the main reason for his doing me the honour of attaching my name to one of his major projects – a mark which I think confirms the success of that association.  Given the very evident differences between us – not the least of which is generational – I doubt I there were many, including ourselves, who would have forecast such an outcome when we first met in the seminar room.  Neither of us is quite the same person as was the case then – we have each influenced the other’s professional and academic attitudes very considerably and, in general, for the better.  And who is to decide where lies the major acknowledgement for this happy outcome – is it the ghost of Mr Robinson[1] or, as some might suggest, the spectre of Bombay Sapphire gin?!

All of which suggest that there must be a bit more of me in the Institute than just my name and I thought it might be appropriate at this significant anniversary time to flag up some of the things I have seen as happening – though it will be abbreviated as all introductory remarks should be.

We started with the name so let’s continue with it – the Institute for Medicine, Life Sciences and the Law.  We can note, here, what is apparently an important omission – there is no mention of ethics.  This is not to say that ethics will be ignored – quite the contrary.  What it does do is to send a clear message that bioethics represent no more than one way of looking at the governance of life sciences.  We have, in the last  decade or so, been in danger of letting the tail of medical ethics wag the dog of medical law and it is a pleasure to see that the Mason Institute, by its title, intends to reverse that trend,

In so doing, the Institute opens its doors to a far wider kaleidoscope of human life than is currently apparent.  Try as one may, it is hard not approach medico-legal problems as they arise with a sense of  déjâ vu – as the famous, or, in this case, infamous, Justice Oliver Wendell Holmes might have said: ‘Nine generations of a book are enough’,  But there is good evidence from the first year’s work that the Institute is moving beyond that into modern scientific techniques, pharmaceutics and the like.  The implications of the study of life sciences is that it is about what is happening around us, not what ought to be happening but the two are not mutually exclusive but, rather, complementary. I hope that the Institute will continue to fashion a path along these lines – always remembering that the Institute is a function of the School of Law.

But enough about policy –  what about those whose function it is to implement that policy?  The Institute is now governed by a relatively young group who are clearly providing impetus and are not afraid of innovation.  Long may it last!!  My main academic interest has always been in teaching and, for me, the important characteristic of the current executive lies not so much in its youth as in the strong representation in its ranks of our former students.  If they come back, as they do, then it means that their time at the other side of the table must have been in some way rewarding and that, I think is the main pleasure I derive from the Mason Institute.  To steal the well-known quotation from the grave of Christopher Wren – ‘if you want monument, look around you’.  And, again, long may it last.

I am sorry I cannot be with you to-night – but the ageing process is inexorable.  I can do no more than send a wish for the Institute – not so much ‘happy anniversary’ as ‘many happy anniversaries to come’ as a vibrant, progressive centre of learning.”