The Mason Institute Research Community is made up of a group of researchers in and around Edinburgh, who participate in MI activities such as reading and writing retreats, work in progress seminars and lunch seminars. 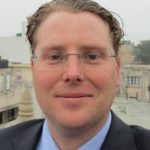 Lecturer in Medical Law and Ethics

He is a graduate of Cardiff University (LL.B. Law and Japanese) and Kyushu University, Japan (LL.M. International Economic and Business Law). His research interests include medical law, patent law and the regulation of the life sciences. He speaks Japanese and also conducts comparative research in Japanese law within these subject areas.

He has held visiting fellowships at the Centre for Studies in Ethics and Rights (Mumbai, India), the Centre for Biomedical Ethics, National University of Singapore and with the Program on Science, Technology and Society at the John F. Kennedy School of Government, Harvard University. He is currently serving as the Director of Ethics and Integrity at Edinburgh Law School.

Working with partners in the UK and India, he is also the Principal Investigator of a project funded by the Economic and Social Research Council (ESRC) and the Government of India, Department of Biotechnology (DBT) entitled: ‘Smart regulation of antibiotic use in India: Understanding, innovating and improving compliance’. The aims of this inter-disciplinary project are, first, to better understand the various problems around the regulation of antimicrobial resistance (AMR) containment in India, and second, to improve the situation by applying the concepts and methods of ‘smart regulation’. 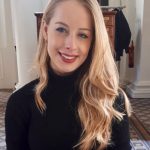 Catriona, also known as Katy, is a Senior Research Fellow on the Liminal Spaces Project.She first joined the law school in October 2014 as a Research Assistant on the Liminal Spaces Project, shortly after completing her LLM at the London School of Economics. In January 2015, she began her doctoral research entitled: ‘The Human Embryo in vitro: a processual entity in legal stasis.’ In 2018, after the completion of her PhD, she began a new role with the project as Senior Research Fellow. Her research primarily focuses on health research regulation, and the legal and ethical aspects of regulating new medical technologies (with a particular focus on human reproduction).

Rebecca is a Postgraduate Research Assistant on Dr. Ganguli-Mitra’s Wellcome Trust Seed Award Project entitled “Justice and Vulnerability in Global Health Emergency Regulation: Developing Future ethical models.” Hailing from Germany and New Zealand, Rebecca completed her undergraduate work at the University of Auckland and her MA in the Philosophy, Politics and Economics of Health at UCL. She has a background in public health, philosophy, politics, and bioethics, and her research interests include: global health justice, the ethics of global health emergencies, the medical brain drain, and structural inequalities (particularly in relation to gender). 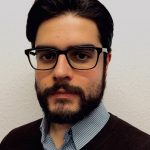 Francisco has a Bachelor’s Degree in Philosophy from Sorbonne University (France) and a Master’s Degree in Bioethics from New York University (United States). He is currently working on his PhD at University of Edinburgh – School of Law, focusing on the interdisciplinary study of neuroscientific research on addiction and its impact on the concept of agency in public health policies aimed at dealing with the problem of addiction in society.